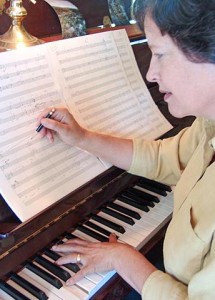 Welsh-born composer Hilary Tann, currently the John Howard Payne Professor of Music at Union College, Schenectady, has signed on to record her orchestral work “Anecdote” with PARMA this
summer. The recording will feature performance by cellist and fellow PARMA Artist Ovidiu Marinescu as soloist, for whom the piece was originally composed.
Tann’s music is influenced by her love of Wales and a strong identification with the natural world. She is currently in the midst of composing a piece for the National Youth Brass Band of Wales under Philip Harper.
Here’s a live performance from another of her orchestral works, “Shakkei” (below)

We’re looking forward to this summer’s recording sessions; in the meantime, you can visit http://hilarytann.com/ or http://en.wikipedia.org/wiki/Hilary_Tann to learn more about Hilary Tann’s work.