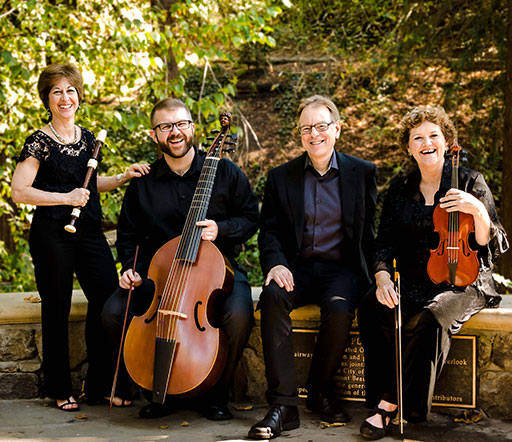 We’re pleased to welcome new PARMA Artists Musica Pacifica, one of America’s premiere Baroque ensembles. Musica Pacifica have signed on to release a collection of Baroque instrumental music and cantatas by Handel, Steffani, Telemann, and Rameau, with soprano Dominique Labelle.

The group’s performances have been described as “a small miracle of precision and musical electricity” (Washington Post), “a wonderful feeling of vivacious spontaneity, belied by stunning precision of execution” (Los Angeles Times), and “the finest in historical performance today” (Early Music America Magazine).

At home in the San Francisco Bay area, the artists of Musica Pacifica perform with Philharmonia Baroque and American Bach Soloists, and they appear with many other prominent early music ensembles nationally and abroad. They have performed in many concert series across the US and abroad including three appearances at the Berkeley Early Music Festival, the first of which was cited in Early Music (UK) as “perhaps the standout of the entire festival,” and most recently at the 2015 Boston Early Music Festival where “the performances were little short of sensational” (The Boston Musical Intelligencer).

Hear the group perform Telemann’s “Paris” Quartet below, and keep an eye out for their next release in 2016!